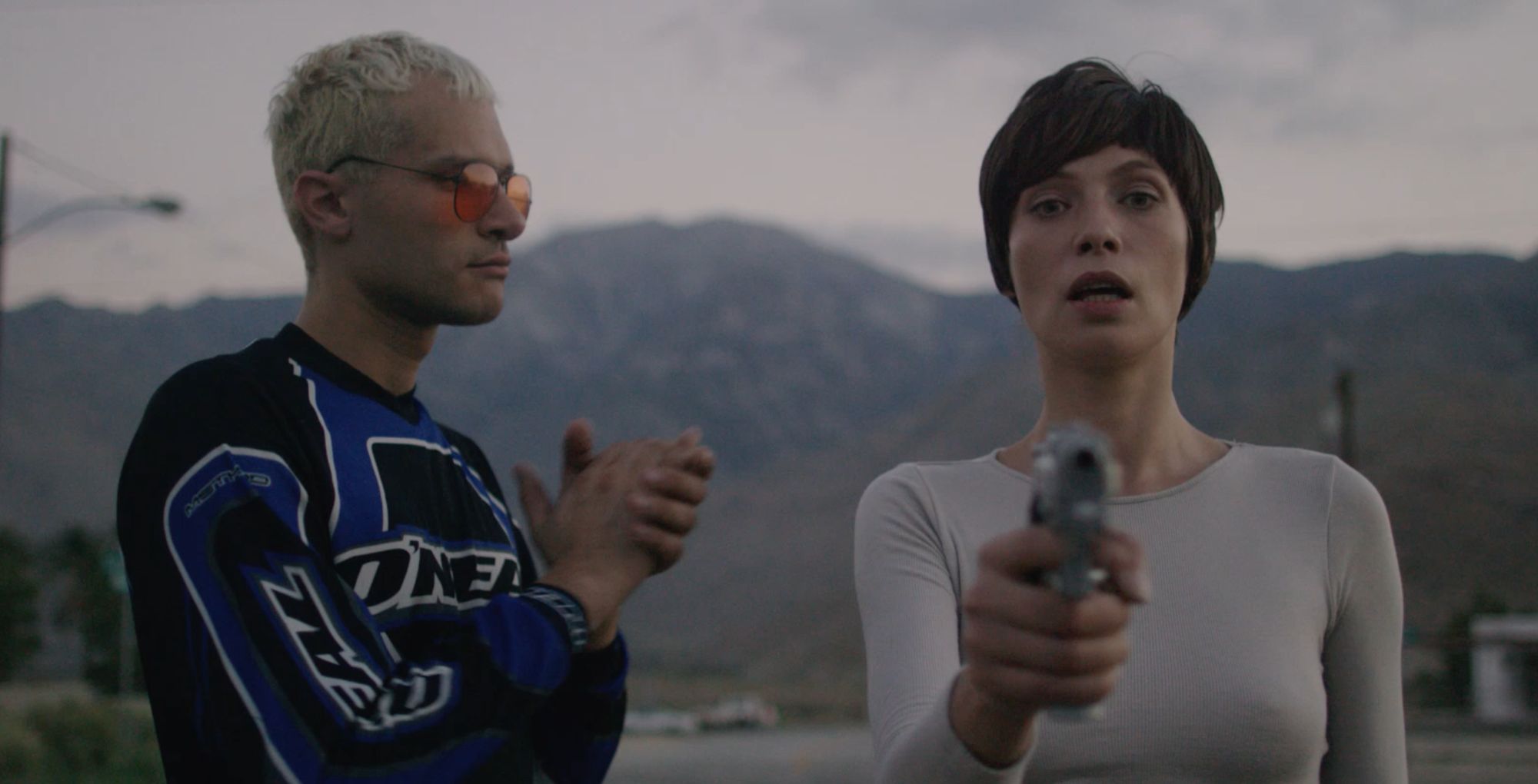 The brief he sent was simple: “Make a short film of approximately 1 minute, which you think would receive this review from me: This film is so unique. It is a total reflection of the filmmaker's personality. Despite its short length, it had an appealing free-form and poetic quality. There is one particularly great, sexy moment – so provocative – but tasteful. I love the section which used jump cuts and also the subliminal shots of fruit so cleverly integrated. This whole movie feels like a scene in a longer film which I can’t wait to see”.

"I found the “review”-like brief more inspiring than tricky," says the 26-year-old. "I think the tricky parts came later when we had to deal with old faulty equipment, recording the dialogue on our phones and using sunglasses as ND’s." So where would this go if Basil decided to the whole hog? "If this was a feature-length film, I think we would introduce alternate bands of unique characters, all seeking the same desired object our featured characters are looking for."

"We had been strung-out and staring at computer screens for two weeks, so as soon as we saw (Roman Coppola's) brief we were ready to bolt outside and start shooting," says LA-based, Colombia-born director Dimitri Basil. "We were actually so excited to get started with the project that we found ourselves on the road during a desert heat wave roasting in a non air conditioned oven of a truck." When Roman Coppola took over Dazed in August and sent a brief to budding filmmakers, the response was overwhelming. As the son of Francis Ford, brother of Sofia, and founder of director’s collective The Directors Bureau, he's laid an eye on a few good films.